Brett Young Drops “You Got Away With It”

BRETT YOUNG DECLARES “YOU GOT AWAY WITH IT” – AVAILABLE NOW

Nashville, TN – February 26, 2021 – Multi-PLATINUM performer Brett Young previews new music with the release of stomping tempo tune “You Got Away With It,” out today via BMLG. A sky-scraping chorus anchors the buoyant new track of unexpected love. Crafting smooth lyrics and a mix that flows with his signature croon, Young teamed up with longtime producer Dann Huff and co-writers Justin Ebach, Ashley Gorley, Jon Nite and Jimmy Robbins.

Listen to “You Got Away With It” here: https://BrettYoung.lnk.to/YGAWIPR

“We’ve been recording a ton of music over the last year and and I couldn’t wait any longer to share some of the material from this new chapter,” Brett Young said. “’This song was a blast to write, and ultimately pushed me into a bit of a new sonic territory in the studio that I’m really proud of.” 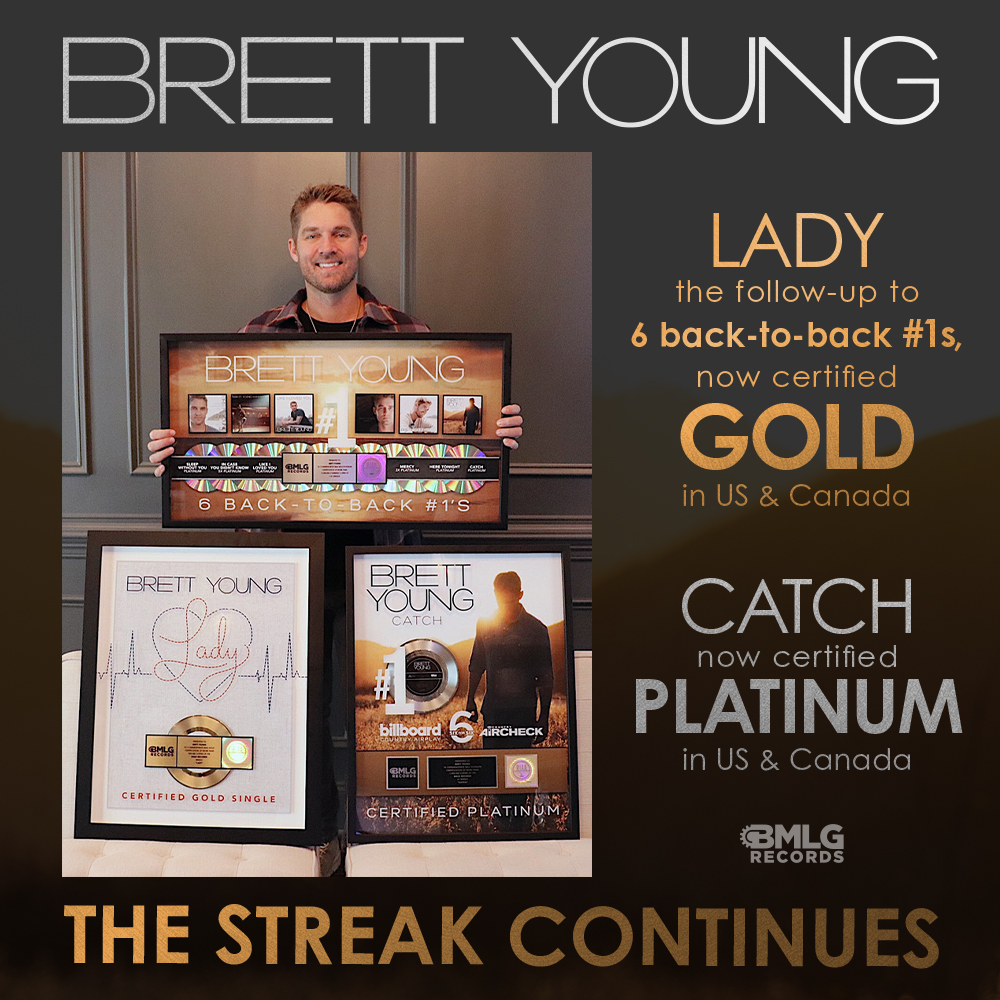 The momentum for Young’s latest Top 10-and-climbing single “Lady” continues to build following six back-to-back No. 1 hits. The RIAA in the US and CRIA in Canada have certified GOLD the heart-bending love letter to his daughter and wife and recognized “Catch” as PLATINUM. These accolades add to Young’s collection of heavy metal chart-toppers – “Sleep Without You” (PLATINUM), “In Case You Didn’t Know” (5x PLATINUM), “Like I Loved You” (PLATINUM), “Mercy” (3x PLATINUM) and “Here Tonight” (PLATINUM).

Young has captured the hearts of fans everywhere through his honest lyrics and West Coast-meets-Southern sound, aptly dubbed “Caliville” style. While touring is paused, he has been tapped for several high-profile, all-genre livestreams in an effort to bring music and relief to fans across the world – Spirit Airlines & Mastercard Present Brett Young’s Live from the Runway, Live at The Ryman, Levi’s 5:01 Music Series, Visible’s Red Rocks Unpaused, Pepsi’s Unmute Your Voice Concert and Camping World’s Taking The Highways Across America series. Young’s GOLD-certified TICKET TO L.A. (BMLG Records), debuted atop the Billboard Country Albums chart upon release. His sophomore effort follows a PLATINUM self-titled debut, which dominated the Top 20 on the Country Albums chart for 37 weeks and contributed to over 4.5 billion streams globally. He was named ASCAP’s 2018 Country Songwriter-Artist of the Year for his “melodic craftsmanship” (Billboard) and has also garnered nominations from ACM, Billboard, Teen Choice, CMT and CMA Awards as he continues to rack up nonstop hits as “one of country’s most consistent radio stars” (Rolling Stone). For additional information, visit BrettYoungMusic.com.