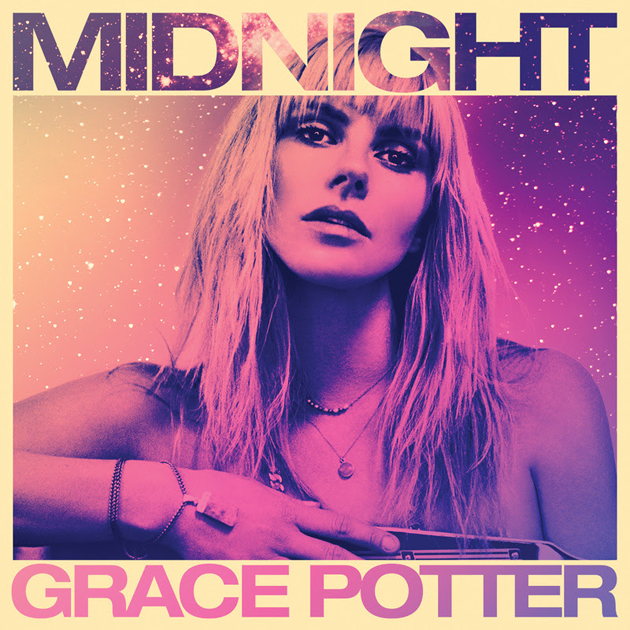 Grace Potter has announced several new headlining tour dates for September, with stops throughout the Midwest, South, and Northeast. In additional, she will be making appearances at the Pilgrimage Music Festival in Franklin, TN and the Roots N Blues N BBQ Festival in Columbia, MO.

Grace and her Magical Midnight Roadshow band have excitedly stirred audiences at all of her summer performances, including a particularly electrifying performance at NYC’s Panorama Music Festival last weekend. According to Entertainment Weekly, “Sunday in New York City was scorching—temperatures hovered near triple digits well into the afternoon—so getting a crowd to rock out before sundown was never going to be a simple task, but Grace Potter, her trippy, outer space-inspired stage design, and her seven-piece band took on the task by thrashing about the stage.”

Mixing in some Grace Potter & the Nocturnals classics like “Stars” and “Paris (Ooh La La) alongside tracks from her debut solo album Midnight on the set list, Grace’s enthusiastic and energetic performances will get both old and new fans on their feet. Check out the complete list of upcoming tour dates below, including this September’s recently added shows, a triumphant return to the famed Red Rocks Amphitheatre with special guests Lake Street Dive, and the 6th annual Grand Point North Festival in Burlington, VT, whose line-up Potter curates herself. “This year’s lineup will include hand­picked local faves, regional and national bands as well as expertly curated best­of­Vermont­Food, drink, dance, performance, art, and mayhem,” said Potter.

Tickets for all dates can be purchased HERE.