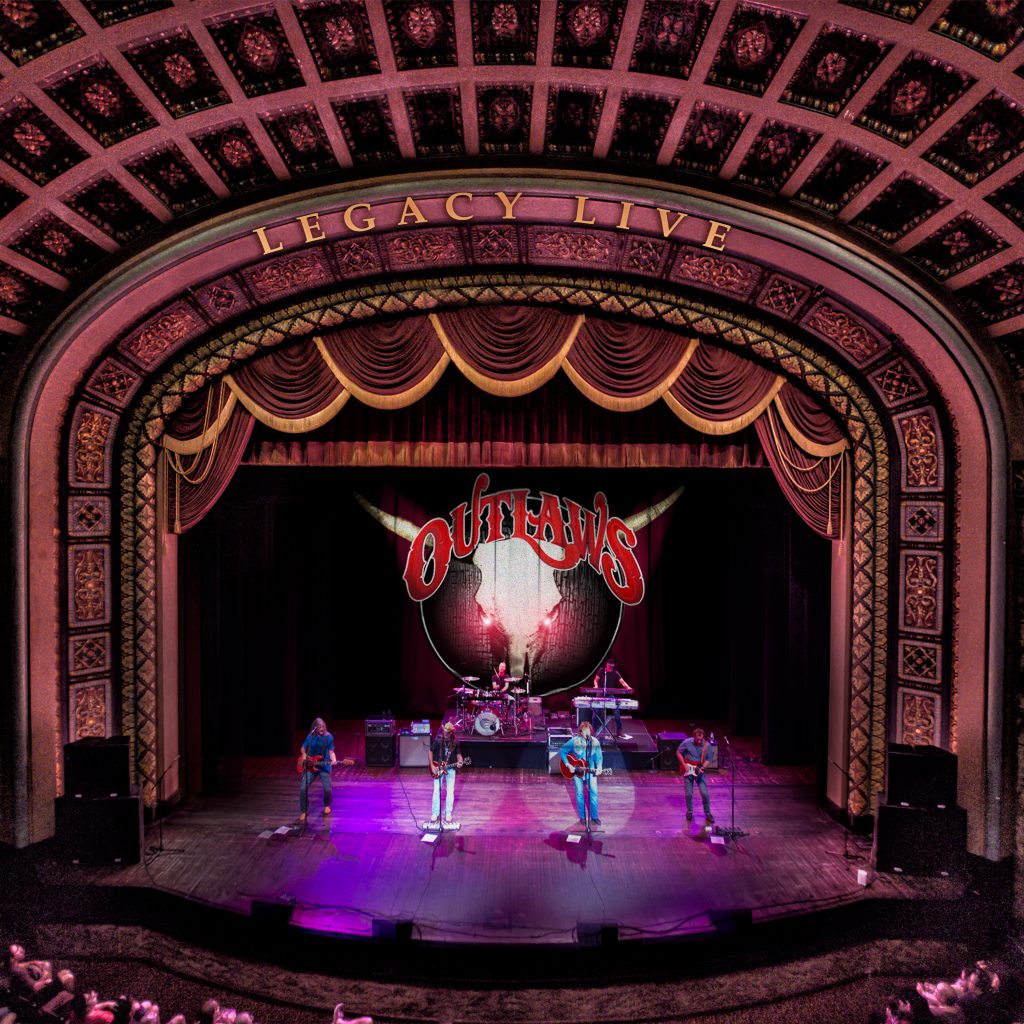 For The Outlaws, it´s always about the music. Especially live music! For more than 40 years, the southern rock legend has celebrated triumphs, endured tragedies and survived legal nightmares to remain one of the most influential and best-loved bands of the genre. It’s a band of brothers bound together by history, harmony and the road. It’s about a group that respects its own legacy while refusing to be defined by its past. But most of all, it’s about playing live, playing for their audience. The sextet proves just how well this combination works with Legacy Live, its brand-new double live CD, scheduled for release on 11 November 2016 (US/Canada: 18 November 2016) on Steamhammer/SPV. “I want people to hear this album and see our show and realize that The Outlaws are still there,” says founding member and front man Henry Paul. “Our goal is to unite the fans and bring the group back into the limelight.” Legacy Live consists of two CDs, full to the brim with classics such a ´There Goes Another Love Song`, ´(Ghost) Riders In The Sky`, ´Green Grass & High Tides Forever` and ´Freeborn Man` as well as more recent material like ´It´s About Pride`, ´Hidin` Out In Tennessee` and ´So Long`. A total of 20 songs, every one of which proves: the gritty southern rock by The Outlaws mark 2016 is as intense and passionate as it’s always been.

And what is more: On stage, the band burns hotter than ever. “The Outlaws helped define Southern Rock for me and for generations of fans,” wrote American music journalist Bill Robinson in June 2012 in The Huffington Post. “Seeing them onstage with The Charlie Daniels Band, Marshall Tucker Band, Allman Brothers, Lynyrd Skynyrd or countless others was, for a long time, one of the best experiences I could have.” The Outlaws’ live shows are blazing tributes to the band’s rich history and fiery rebirth. Classic tracks and fan favorites from the first three albums – as well as The Henry Paul Band’s definitive “Grey Ghost” – share the spotlight with songs from the newer discs. “I think the fans are coming away from shows feeling a part of the Outlaws experience.”

Along with founding members Henry Paul and Monte Yoho, the band features several of Southern Rock’s most respected veterans: Co-lead guitarist and longtime Outlaw Chris Anderson is well known for his collaborations with artists that include Dickey Betts, Lucinda Williams, Hank Williams Jr., and Skynyrd. Steve Grisham is a former member of the Soldier Of Fortune era Outlaws, a noted songwriter whose tracks include The Henry Paul Band top 40 hit “Keeping Our Love Alive” and a co-founder of the Southern Rock all-stars Brothers Of The Southland. Keyboardist/vocalist Dave Robbins is a co-founding member of Blackhawk and has written hit songs for artists that include Restless Heart, Kenny Rogers and Eric Clapton. Bassist/vocalist Randy Threet has performed with Pam Tillis, Trisha Yearwood and Blackhawk, and is familiar to TV audiences from USA Network’s ‘Nashville Star’. “From the very beginning, our band had a heart,” Monte Yoho says, “for The Outlaws, it’s still about the music. And more than ever, it’s about live music!”

“Legacy Live” will be released November 11th (USA/Canada November 18th) as a 2CD digipak and download.