GRAMMY-AWARD WINNING ARTIST CONTINUES HIS UPLIFTING PATH AS AN HIP-HOP DIFFERENCE-MAKER NEW SINGLE CHOSEN FOR iHEARTRADIO’S ‘ON THE VERGE’ PROGRAM iTunes |Apple Music | Spotify | Amazon | Google Play Grammy-Award winning artist Lecrae released the powerfullyuplifting "Blessings” today, which features Ty Dolla $ign (“Paranoid,” songwriting contributor to Rihanna/KanyeWest/Paul McCartney song “FourFiveSeconds,” among others).   The mesmerizing track is now available at all DSPs, with the lyric video for “Blessings” also available today – watch it here: http://smarturl.it/BlessingsLyric.  The captivatingartist closed out 2016 with his acclaimed ‘Destination’ tour this past fall.  He kicks off the new year counting his“Blessings,” the follow-up to his stirring 2016 single “Can't Stop Me Now (Destination)." iHeartRadio selected Lecrae’s new single “Blessings” to premiere during ‘On The Verge,’ the radio platform’s initiativethat exposes new music throughout the iHeartRadio network of stations.  “Blessings” will begin its eight week campaignon March 13, with airplay on iHeartRadio Urban stations and branding support for Lecrae to connect “Blessings” withnew listeners.  The on-air exposure and social media support iHeartRadio provides for ‘On The Verge’ artists has beeninstrumental in breaking new music. Recognized as one of the most profound hip-hop artists working today and GRAMMY winner, Lecrae is also a best-selling author, entrepreneur and social activist hailed as a ‘difference-maker’ for his fearless social conscience and‘uncompromising commitment to his sense of calling,’ it’s those core attributes that invigorate the impassioned“Blessings”: "I've always felt like before we complain let's be grateful we have breath to complain with,” says the artist.“God blesses me daily. I appreciate simple things like sunshine and family. I just want people to stop for a minute andappreciate the little things and give folks hope in the struggle." “Blessings” will be included on Lecrae’s upcoming new album which he is currently recording and slated for release laterthis year. Official Website | Facebook | Twitter | Instagram   About Lecrae: Lecrae is a two-time GRAMMY Award winning hip-hop artist whose RIAA gold-certified 2014 album, Anomaly, debutedat #1 on the Billboard Top 200, Rap, Digital, Christian, Gospel, and Independent charts. His seven studio albums andmixtapes have sold more than 1.9 million copies and he has co-headlined some of the best-selling tours in the U.S.,according to Pollstar. Lecrae has been nominated for five GRAMMY Awards, including Best Rap Performance 2014, awin for Best Gospel Album in 2013 and Best Contemporary Christian Music Performance/Song in 2015, as well as wonseven Dove Awards, a Billboard Music Award, two Soul Train Music Awards and garnered BET Hip Hop Awards andBET Awards nominations.  Lecrae’s call for redemption through positive change has placed him at the forefront ofcauses close to his heart. Referring to himself as a ‘social anthropologist,’ Lecrae seeks the most authentic connectionpossible with fans around the world who embrace his music. Lecrae resides in Atlanta, Georgia with his wife and threechildren. 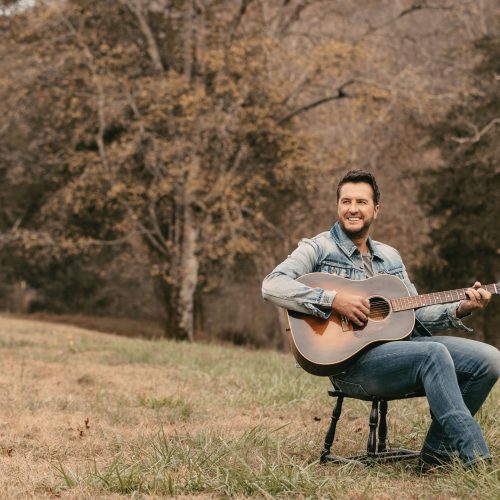 Joseph has added nine additional West Coast shows to its current tour, including a hometown show at Portland’s Crystal Ballroom on April 28. While on the West Coast, the trio of… Old 97’s have released a second track, “All Who Wander”, from their upcoming album Graveyard Whistling out February 24th.  Meanwhile, the current radio single “Good with God (featuring Brandi Carlile)” moves up to #17 on the… Luke Bryan Casts Out New Tour in May “Huntin’, Fishin’, And Lovin’ Every Day Tour”

NASHVILLE – (January 24, 2017) - Two-Time CMA and ACM Entertainer of the Year Luke Bryan announced this morning he will kick-off a brand new “Huntin’, Fishin’, And Lovin’ Every…