At a moment when musical streams are crossing with unprecedented frequency, it’s crucial to remember that throughout its history, New Orleans has been the point at which sounds and cultures from around the world converge, mingle, and resurface, transformed by the Crescent City’s inimitable spirit and joie de vivre. Nowhere is that idea more vividly embodied than in the Preservation Hall Jazz Band, which has held the torch of New Orleans music aloft for more than 50 years, all the while carrying it enthusiastically forward as a reminder that the history they were founded to preserve is a vibrantly living history.

PHJB marches that tradition forward once again on So It Is, the septet’s second release featuring all-new original music. The album redefines what New Orleans music means in 2017 by tapping into a sonic continuum that stretches back to the city’s Afro-Cuban roots, through its common ancestry with the Afrobeat of Fela Kuti and the Fire Music of Pharoah Sanders and John Coltrane, and forward to cutting-edge artists with whom the PHJB have shared festival stages from Coachella to Newport, including legends like Stevie Wonder, Elvis Costello and the Grateful Dead and modern giants like My Morning Jacket, Arcade Fire and the Black Keys.

So It Is finds the classic PHJB sound invigorated by a number of fresh influences, not least among them the band’s 2015 life-changing trip to Cuba. A visit to the island, so integral to the evolution of jazz and New Orleans culture in general, had long been in the works when President Obama’s diplomatic opening suddenly allowed for a more extensive journey than had originally seemed possible.

“When the restrictions were lifted,” says bandleader/composer/bassist Ben Jaffe, “It was no longer just about going down there and playing a concert. We were able to explore a bit more, which profoundly impacted the band not just musically but personally. In Cuba, all of a sudden we were face to face with our musical counterparts. There’s been a connection between Cuba and New Orleans since day one – we’re family. A gigantic light bulb went off and we realized that New Orleans music is not just a thing by itself; it’s part of something much bigger. It was almost like having a religious epiphany.”

Producer David Sitek, a founder of art rock innovators TV on the Radio who has helmed projects by Kelis, the Yeah Yeah Yeahs and Santigold among others, offered both a keen modern perspective and a profound respect for the band’s storied history. Upon arriving in New Orleans to meet with the band, Sitek recalls he and Jaffe accidentally stumbling into one of the city’s famed second-line parades. “I was struck by the visceral energy of the live music all around, this spontaneous joy, everything so immediate,” he says. “I knew I had to make sure that feeling came out of the studio. It needed to be alive. It needed to sound dangerous.”

For those wary that a band with the rich history of the PHJB is tackling new material, Jaffe is quick to point out that Preservation Hall – which his parents, Allan and Sandra Jaffe, founded in 1961 – was never meant to be a museum. At its beginnings it broke racial boundaries to present the living legends of New Orleans music, living links to the origins of jazz. Today, with a band whose ages range nearly 60 years, the mission remains the same: to pass on the traditions while continually revitalizing it with new blood and fresh ideas.

“I see it as something that’s necessary for the evolution and survival of New Orleans music,” Jaffe says. “Interpreting the repertoire that’s been around for a hundred years is one thing, but the challenge is to keep that repertoire and those traditions alive while at the same time being honest about who you are as a musician, allowing all of your musical influences to be reflected in what you create.”

While that’s always been a key component of the PHJB, whether at their world-famous French Quarter home or on stages around the world, it took on a renewed urgency in the aftermath of Hurricane Katrina. “When something that catastrophic happens in your life,” Jaffe says, “it becomes important to understand and focus on the things that are most important.” The band began charting a new path with the release of That’s It!, their first album of original material, in 2013. So It Is continues and significantly expands on that expedition.

The music on So It Is, penned largely by Jaffe and 84 year-old saxophonist Charlie Gabriel in collaboration with the entire PHJB, stirs together that variety of influences like classic New Orleans cuisine. Longtime members Jaffe, Gabriel, Clint Maedgen and Ronell Johnson have been joined over the past18 months by Walter Harris, Branden Lewis and Kyle Roussel, and the new blood has hastened the journey into new musical territory. The album’s seven new pieces of buoyant, window-rattling funk find common ancestry with the Afro-Cuban sounds that the band heard in the streets of Havana (witness the NOLA-meets-Cuba bounce of “La Malanga”), Fela Kuti’s Nigerian funk and the entrancing melodies of Ethiopian jazz (most evident on the sinuous “Innocence”), the passion of envelope-pushing ‘60s jazz and soul pioneers, and the intense grooves of their modern Coachella counterparts – then filters them all through a Crescent City lens to emerge with something that compels the listener to move.

“When we play music, the barometer for us as a band is whether the locals are reacting,” Jaffe explains. “In New Orleans we play music for dances and parades, funerals and church. It’s important to us to make music people connect to, that people dance to, that people really feel, emotionally and physically.  That’s the tradition we grew up with, that’s what we know.” 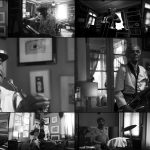 *SUPPORT ANNOUNCED* Last chance for tickets to our show at @tipitinas with @mondieumusic!! See y'all Uptown on Frid… https://t.co/dbSeCAQ7jo