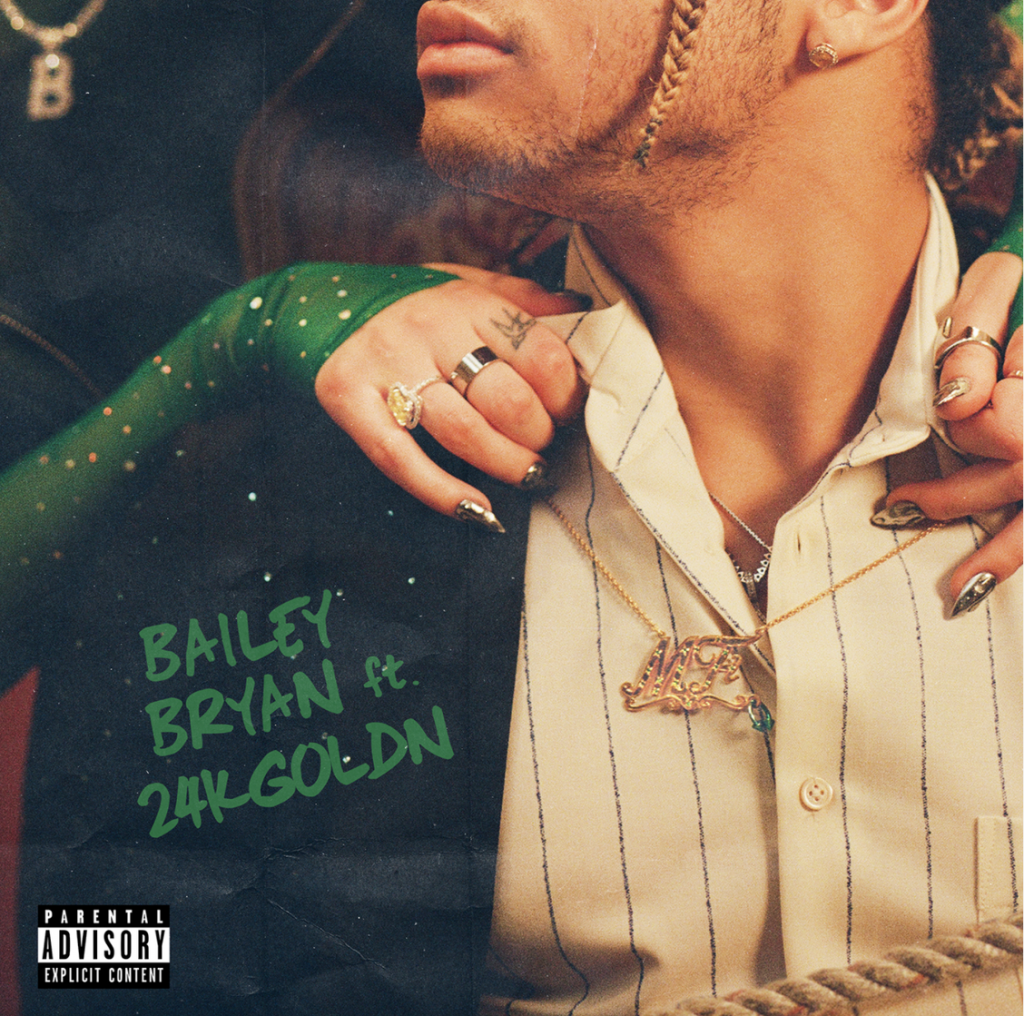 Journeying to the next era of ‘Sensitive Bad Bitch’ music, Bailey’s progression is evident in “MF.” The track is a cathartic triumph, representing the freedom that comes with choosing yourself, calling out toxic behavior, and saying f*** you to the person who screwed you over in the most Bailey Bryan way possible – with style, grace, and bad-assery. Bailey collaborated with producers, Boston & Pat [Queen Naija, Kiana Lede, etc], digging further into her Pop and R&B influences to create a simple yet emotional mix of retro-funk and 90’s Hip Hop.

The all-too relatable anthem was inspired by a ‘quarantine relationship’ gone wrong. Bailey channeled that pain, anger, and loss into a single and video that’s as vibey as it is inspirational. The high-energy, cinematic visual shows Bailey taking a situation into her own hands by executing an elaborate heist against 24kGoldn. Bailey and 24kGoldn brainstormed the idea of the heist for the music video together. During the heist, 24kGoldn is tied up as he raps, “I bought you gemstones, now I’m the one that’s jaded.” Surrounded by shades of green and Bailey in an all green outfit, this line metaphorically represents the betrayal felt of “investing so much in a relationship and not getting anything back, so that you end up being the one jaded to love.” Filled with symbolism and vibrant choreography, the surprise ending will leave you questioning/ wanting more.

Capturing this next chapter of Bailey, “MF” exemplifies the vulnerability, empowerment, and confidence it takes to be an SBB. Bailey is settling into a new, extended era of SBB that adds “self trust, independence, and healing” to its already empowering mindset.

Speaking about this new era, Bailey states, “In 2020, when I came up with the term “Sensitive Bad Bitch Music” was the first time I felt like I truly found, or created, my own lane. That gave me a lot of confidence entering this next era… The confidence to grow without overthinking it. I just fully trusted myself…I believe it will have the affect that I want it to have when people hear it. Which is the feeling of empowerment in your most vulnerable moments.”

Bailey, who grew up on the west coast of Washington, before moving to Nashville at the early age of 17,also touches on Los Angeles as a force to this new era stating “taking my creativity outside of Nashville was the perfect way for me to step into a whole new chapter, and simultaneously reconnect with the vibes that have always made me who I am.”.