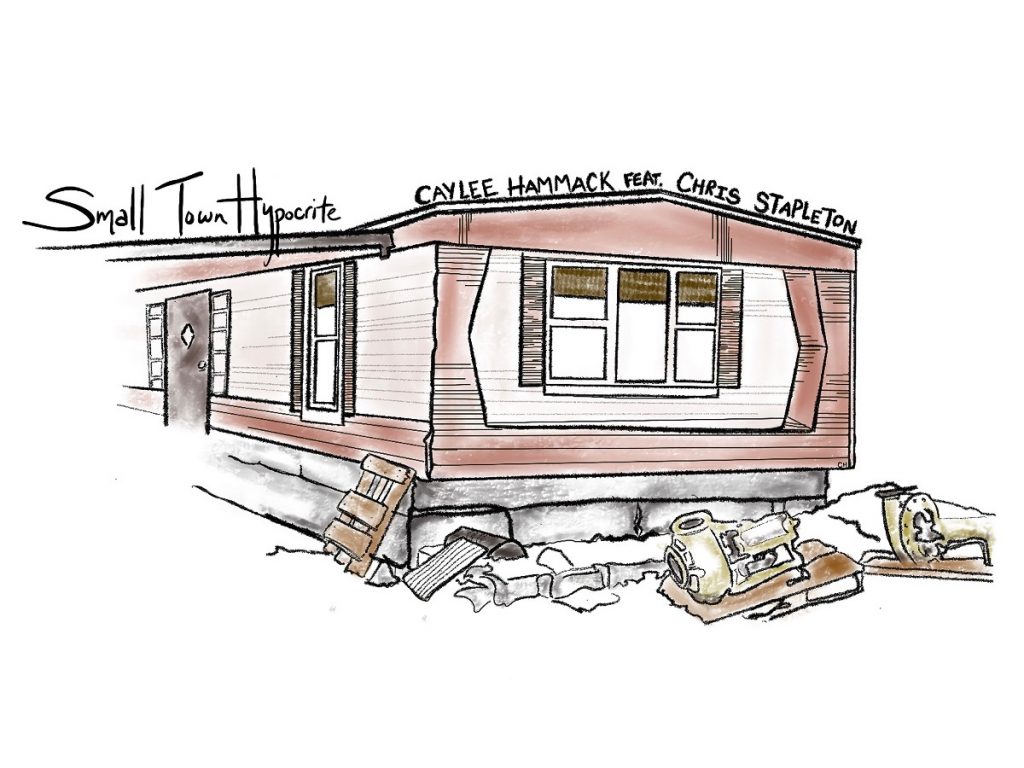 Capitol Records Nashville singer/songwriter Caylee Hammack is releasing a new version of her deeply personal song “Small Town Hypocrite” with a guest vocal by Chris Stapleton, available here.  Since Hammack released the autobiographical song, critics, fans and peers alike have had an overwhelming affinity for the track and the picture it paints of the songwriter’s journey of heartbreak and reflection. Hammack also hand illustrated the single art for the special release of the track, depicting the trailer featured in the vulnerable lyrics.

“My one whim for this song was to hear Chris Stapleton accompany me on it,” shared Hammack. “Two years after I spoke this wish out loud in the studio, Chris agreed to sing the part I had written in hopes of hearing his voice on it. Life is a beautiful full circle sometimes. I am so grateful to Chris for singing on this song.”

Co-written and co-produced by Hammack, NPR and Esquire singled out  “Small Town Hypocrite” as one of their “Best Songs of 2020” and the acclaim continues to stack up.

“A devastating ballad about the guy who broke her heart that felt so intimately specific, with weary anger so finely honed, that it was hard to imagine what heights Hammack could reach on her second album.” – Rolling Stone

“So well-written and communicated… Never fitting in, sacrificing a scholarship for love, being cheated on and realizing mistakes, it’s all here in elegantly scored music — sighing steel guitars and murmuring keys — that sports hooks, urgency and a chorus that comfortably sticks in your ear.” – NPR

“The track is a perfect wonder… The lyric is extraordinary… The vocal performance is quite moving, radiating vulnerability, heartache, bitterness and honesty. All in all, a fabulous little record.” – Music Row

“A devastating ballad from a new singer.” – Washington Post

“The story of the heartbreak that got her here.” – CMT