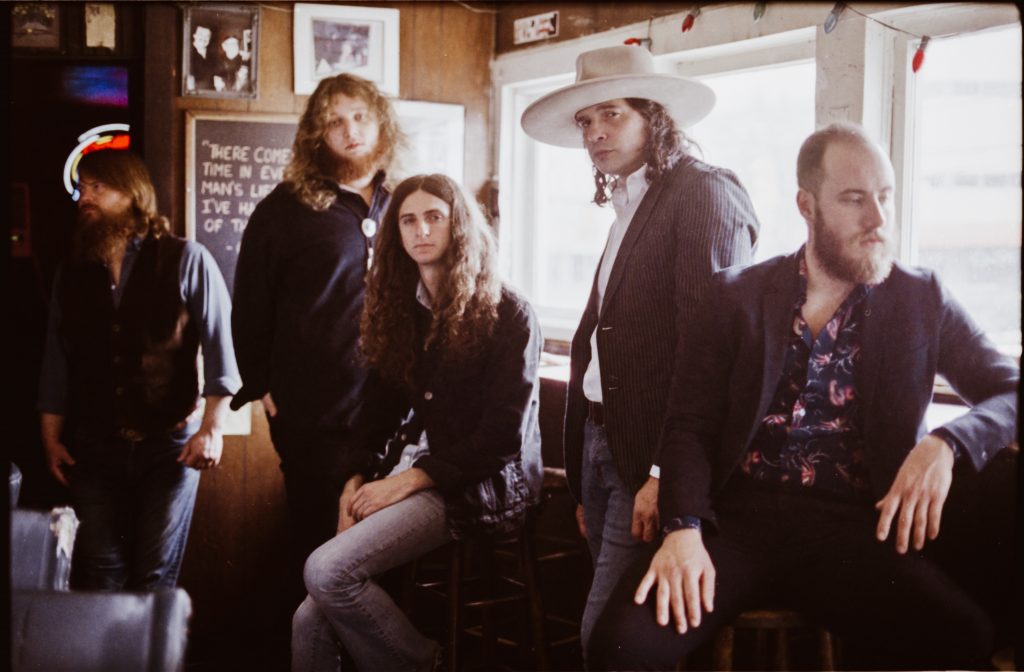 August 2, 2018 – Cordovas will release their new album That Santa Fe Channel, produced by Milk Carton Kids Kenneth Pattengale, on ATO Records on August 10th. NPR Music premieres new song “Talk To Me,” and NPR World Café/WXPN’s Bruce Warren says “East Nashville Americana rockers Cordovas are taking their place amongst the musical lineage of cosmic country greats like Gram Parsons, Americana poster kids Uncle Tupelo, the New Riders of the Purple Sage, and the early roots-rock of Little Feat.” The band have added tour dates with Shooter Jennings, Blackberry Smoke and Charley Crockett to their current U.S. tour, and will showcase at AmericanaFest in Nashville in September. They also play an in-store at Grimey’s in Nashville next week on Wednesday, August 8th, which will be broadcast live on Lightning 100.

Prior to their current U.S. summer tour, Cordovas were out on a five-week European tour. In London, the band stopped by the famed Toe Rag Studios (where the White Stripes recorded Elephant), and taped a session. You can watch their pulsating cover of the Grateful Dead’s “Truckin’” here and That Santa Fe Channel lead single “This Town’s A Drag” here. The band also stopped by Paste Magazine’s NYC studio this week to record a stripped down acoustic session that highlights their incredible songwriting and harmonies, watch here.

“This Town’s A Drag” has already begun to get early adds at radio, including at Lightning 100 (Nashville, TN), WXPN (Philadelphia, PA), WUMB (Boston, MA) and WYEP (Pittsburgh, PA), and last week That Santa Fe Channel was the 3rd most added album at Americana radio. After highlighting the song in their “New Music Friday” playlist week of release, Spotify has added “This Town’s A Drag” to their “The Pulse of Americana” playlist as well.

Years before Cordovas’ formation, bandleader Joe Firstman traveled the country as a solo musician. Raised in North Carolina, he moved to Hollywood as a determined 20 year-old, signing a major-label deal with Atlantic Records. When a dizzying blur of acclaimed shows — including opening dates for Sheryl Crow and Willie Nelson — weren’t enough to satisfy the expectations of a big-budget record label, Firstman lost his contract and took a new job as music director on Last Call with Carson Daly. It was good work, with Firstman performing nightly alongside first-rate musicians like Thundercat and Kamasi Washington.

Cordovas band made their Newport Folk Festival debut this past weekend, and will continue their U.S. tour today.