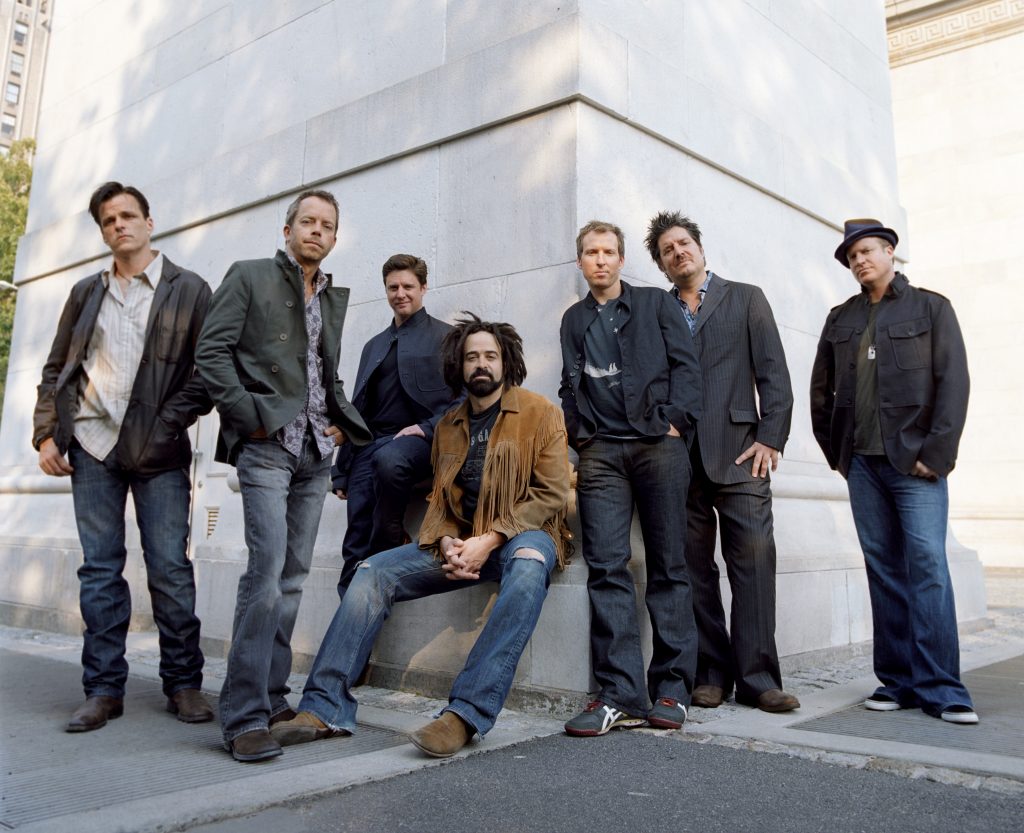 LISTEN TO THE TRACK HERE

(January 24, 2019) – Today, Counting Crows release the highly-anticipated song, “August and Everything After,” available to stream and purchase on Amazon Music. The Amazon Original track was recorded November 2, 2018 with Composer Vince Mendoza and the London Studio Orchestra at the famed AIR Studios – listen to it here.  In one of rock’s most mystifying stories, multi-platinum selling band Counting Crow’s 1993 breakout album was titled August and Everything After, but the album never featured the unfinished title track.

Of completing the recording Adam states, “I never really thought much about this song back in the day because it wasn’t finished. But when we got the chance to work with Vince Mendoza, I thought it was a good time to rewrite it and get it right. He came up with really interesting arrangement – not the whole band or the whole orchestra but parts of each – drums, bass, and pedal steel from us plus the string section and one cor anglais (kinda like a big oboe) from the LSO.  It was magic recording it at AIR Studios in London. You can just feel the cool when you listen.”

Adam Duritz (vocals), Jim Bogios (drums), David Bryson (guitar), Charlie Gillingham (keyboards), David Immergluck (guitar), Millard Powers (bass) and Dan Vickrey (guitar) – have sold more than 20 million albums worldwide after exploding onto the music scene with their multiplatinum breakout album August and Everything After in 1993. Known for creating unique and innovative concert experiences year after year, Counting Crows is recognized as one of the world’s most pre-eminent touring live rock bands. The band released their seventh studio album Somewhere Under Wonderland in September 2014, which earned critical acclaim as one of the “band’s best,” scored a top 10 debut. For more information on Counting Crows visit: www.countingcrows.com