Country music icon, Martina McBride, has been releasing anthemic music with a message for thirty years. Her legendary career is a blend of profound and bold statement songs brought to life by her soaring vocals. In honor of Martina’s cultural impact and sheer talent, the Country Music Hall of Fame and Museum have opened their latest exhibit, Martina McBride: The Power of Her Voice.

On Tuesday, July 27th, Martina visited the curated exhibit – which will run from July 30th, 2021 to August 7, 2022 – that includes items from her childhood, standout wardrobe pieces from various awards shows and performances, special highlights such as her Grand Ole Opry induction by Loretta Lynn, and of course her numerous awards and accolades. Following remarks by CEO of the Country Music Hall of Fame and Museum, Kyle Young, Martina shared a few words about this milestone in her life to a room filled with collaborators, friends, family and notably, Garth Brooks, who hired Martina to sell merchandise on the road before booking her as his opening act after hearing her angelic voice.

“I am beyond thrilled to have my own exhibit at the Country Music Hall of Fame,” said Martina. “I’m so touched and moved by it. Thank you guys for sharing this special, special moment with me. This is surreal and overwhelming,” said the always humble star about her museum honor. “It is a dream come true.” 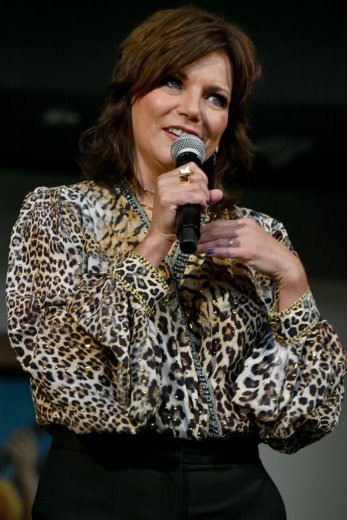 (Photo by: Jason Davis/Getty Images for the Country Music Hall of Fame and Museum)Download JPEG

Martina returned to the Country Music Hall of Fame and Museum’s CMA Theatre on Sunday, August 1st for a live conversation with special performance and live Q&A with fans. The Country music powerhouse performed her hits “Love’s The Only House,” “Wild Angels,” “This One’s For The Girls,” and “Independence Day.” The sold-out program was filmed and will premiere on Tuesday, August 31st, as part of the museum’s Live at the Hall digital series – available to stream on the museum’s YouTube Channel, Facebook page, and website. Martina was also honored at the event by Jackie Jones of the RIAA, who presented her with plaques commemorating 4 new RIAA certifications – bringing her to a total of 20 million RIAA certified career units – and also a milestone 23 million in worldwide sales from her RCA catalogue. 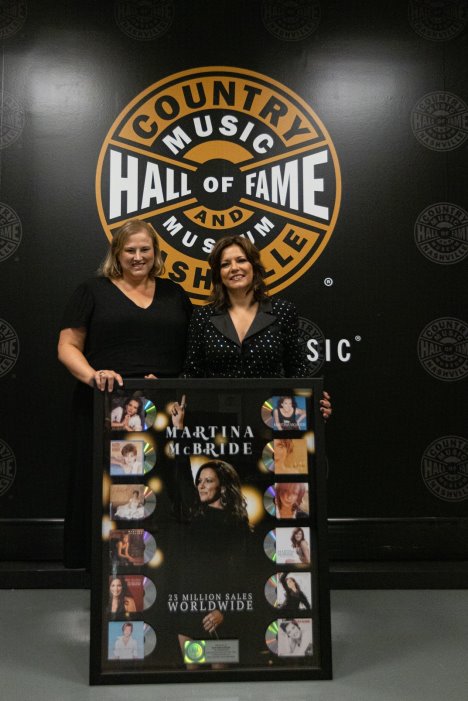 Pre-order for this holiday classic is available now in standard black and a special snow white edition, available exclusively through Walmart on October 1st.