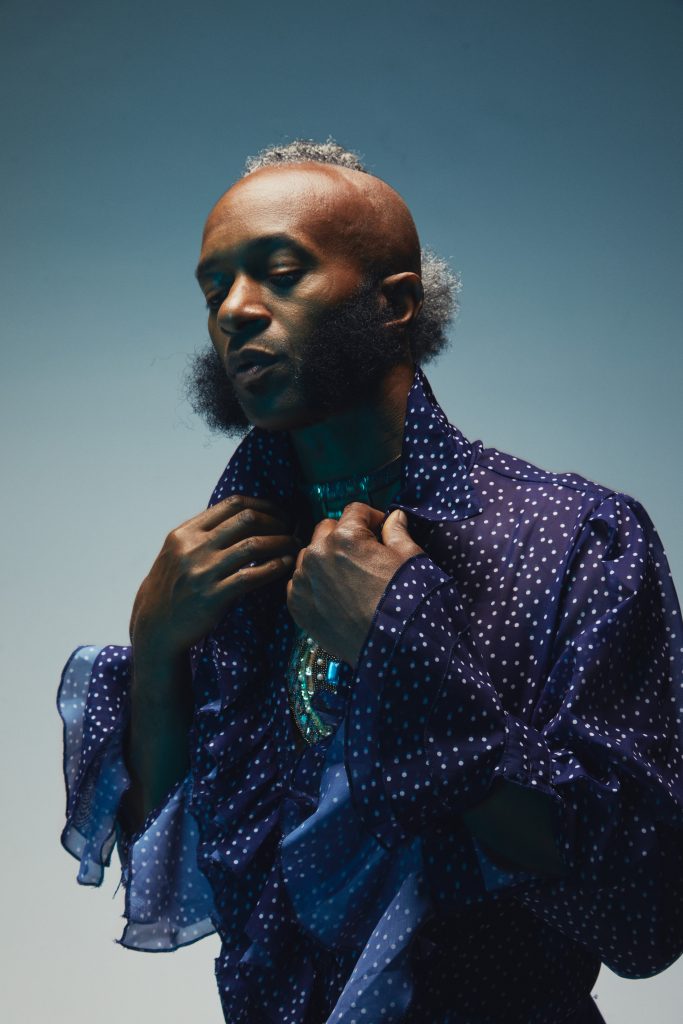 “A vibrant mix of raw blues, Prince-like funk and Stones rock’n’roll….Quite unlike anything else out there, it is a bit of a revelation” – The Times 4 Stars

“The project is Negrito’s manifesto, a literal shout against oppression. His delivery system belies the lyrical impact with royal influences from Prince and Queen, jabbing you to set you up for lyrical body punches” – No Depression

“His most career-defining album to date… a searing, provocative impact” – GLIDE Mag

Today, three-time Grammy-winning singer, songwriter, musician and activist Fantastic Negrito (neé Xavier Dphrepaulezz) shares his most ambitious and provocative project to date, White Jesus Black Problems, out now on Storefront Records. Accompanied by a companion film, White Jesus Black Problems is a synthesis of so much – an ancestral journey, an unlikely love story, and even a self-discovery of one’s true name. This new project follows the artists’ acclaimed 2020 album Have You Lost Your Mind Yet? Sonically, White Jesus Black Problems is emotionally charged, mixing blistering rock and roll grit with infectious R&B grooves and buoyant funk energy to deliver a sound that manages to feel both vintage and experimental all at once.

White Jesus Black Problems was written, recorded, and filmed in Oakland, where Negrito grew up and currently resides. Combined with the visuals, WJBP yields a transcendent and immersive sensory experience, one that challenges our notions of who we are, where we come from, and where we’re headed. The multi-media work is based on the true story of his seventh generation white Scottish grandmother (Grandma Gallimore), an indentured servant, living in a common law marriage with his seventh generation African American enslaved grandfather (Grandfather Courage); in open defiance of the racist, separatist, laws of 1750s colonial Virginia.

Fantastic Negrito on White Jesus Black Problems –
“There’s a feeling out there right now that we can’t get anything done because we’re so polarized, so entrenched in our ideologies and unmoved by facts or logic, but I wanted to share this story because I think it smashes that narrative to pieces. I stand on the shoulders of my ancestors, both Black and white, who showed me that anything is possible. There was a lot of ugliness in their story, but there was a lot of beauty, too, because in the end, perseverance overcame.”

White Jesus Black Problems has been receiving applause across the board, including praising nods from NPR All Things Considered, NPR Music, MOJO, Pitchfork, Line of Best Fit, No Depression – just to name a few. In a four-star review, MOJO described the album as a “tremendous synthesis of righteous rhetoric and gnarly, funk-flecked blues-rock… a potent tour de force” and American Songwriter Mag draws comparisons to Prince as Negrito crafts his own, unique “musical and thematic groove that thrusts his music further.”

Following film premieres this past week at Fotografiska in New York City, the Grammy Museum in Los Angeles, and The New Parkway Theater in Oakland, on Saturday, June 4th, Negrito will host a YouTube premiere for the entire White Jesus Black Problems film. Make sure to tune in at 12pm PT/3pm ET HERE

“The immediacy of “Highest Bidder” illustrates the importance of Fantastic Negrito’s artistry. Each single is delivered with such urgency and potency to drive home a message he can contain no longer”
–– Billboard

“Coming out with songs that chew on some of the heaviest issues of our time, and move both body and mind”
–– KQED