Josiah Johnson (Co-founder of The Head and the Heart) Debut Solo Album Out Today!

FORMER AND FOUNDING MEMBER OF THE HEAD AND THE HEARTEMBARKS ON A NEW MUSICAL JOURNEY
“ ‘Every Feeling on a Loop’ feels like an album from his former band, just stripped down further and even more personal” – SF Chronicle
“Warm songs elevated by mariachi brass and low-key arrangements” – MOJO
“ ‘Every Feeling On A Loop’ has the grandiose sweep of a Sufjan Stevens record with the accessibility of The Lumineers. Filled to the brim with exuberance, euphoria, and love, Johnson’s lust for life radiates through the album. Josiah, we’ve missed you. Welcome back.” – Thank Folk For That
“Songs meant to buoy and reassure” — American Songwriter
“While in many ways this album marks a departure from his time with The Head and the Heart, it also feels like a return to what we loved the most about his past work: soaring melodies sung with bittersweet candor, cathartic choruses settling into moments of quiet vulnerability, and the gentle, familiar croon of Johnson’s baritone. It’s a record that feels like coming home again.” – Thank Folk For That
““World’s Not Gonna End” is a song we need now more than ever, whether we’re going through rehab like Josiah Johnson so recently did, sorting out one of a hundred daily life challenges, scrolling through Twitter, or simply feeling like Armageddon is looming upon us.” – Atwood Magazine
“it’s nice to hear Johnson step out on his own and deliver a meaningful set of songs.” – All Music Guide
“A big, lengthy and lush album full of complex arrangements and unflinching honesty.” – Americana Highways
Five years ago when Josiah Johnson took a leave of absence from the acclaimed indie-folk band The Head and the Heart, the question was less where Johnson’s star would take him and more whether his struggles with addiction would end his music career. Like many musicians before him, Johnson turned to drugs to cope with the burnout and anxiety that came with his new life. During the recording of the band’s third album, Johnson left to enter rehab and a journey of healing began.

On his debut solo album Every Feeling on a Loop, out today, lush musical arrangements and harmonies support Johnson’s baritone crooning. At times, the songs sound like prayers. At others, his exuberance feels like the euphoria he’d always sought, this time hard-earned and wiser. He says he feels like a new person making it, charting his journey out of the dark into the wide awake of the morning, using the magic that was his all along.Standouts include the lead track, “False Alarms,” which sees Johnson moving optimistically through fears and growing pains toward what’s next, punctuated by ecstatic trumpets. On “Woman In A Man’s Life,” over a bed of hypnotic drums and swelling strings, Johnson celebrates his queer identity, kept hidden until recently. “For a long time,” he says, “I held onto a lot of shame around the softness and sensitivity – around the nurturing parts of myself.”

Growing up curious and bright in an insular, conservative community, Johnson says he learned early on to discern which parts of himself were welcome and which were not. Though he felt love in that community, it was a smaller love than what he needed. Now, though, after years of self-study and self-healing, bolstered both by music and the love from friends and family, Johnson is ready to pen the next chapter of his life. First, it starts with Every Feeling on a Loop.

“I’ve learned to love my process,” Johnson says. “I’ve learned to love when I’ve taken the long way and where I get to admit mistakes. Humility and uncertainty are welcome. Being seen for who I am and where I’m at is my priority. And I am exactly where I am supposed to be. The result of that new courage bears out in how I’m able to be a better friend to the people I love. That’s the gift.” 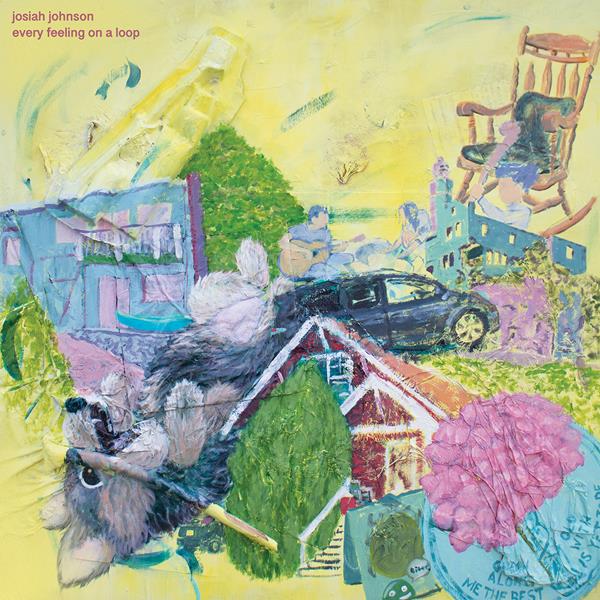 JOSIAH JOHNSONOrder ‘Every Feeling On A Loop’1. False Alarms2. Woman In A Man’s Life3. Nobody Knows4. I Wish I Had5. Rise Up6. I Had A Choice7. Waiting On You8. Hey Kid9. Same Old Brick10. Grandma11. World’s Not Gonna End12. Solve Problems
Previous Post
Next Post