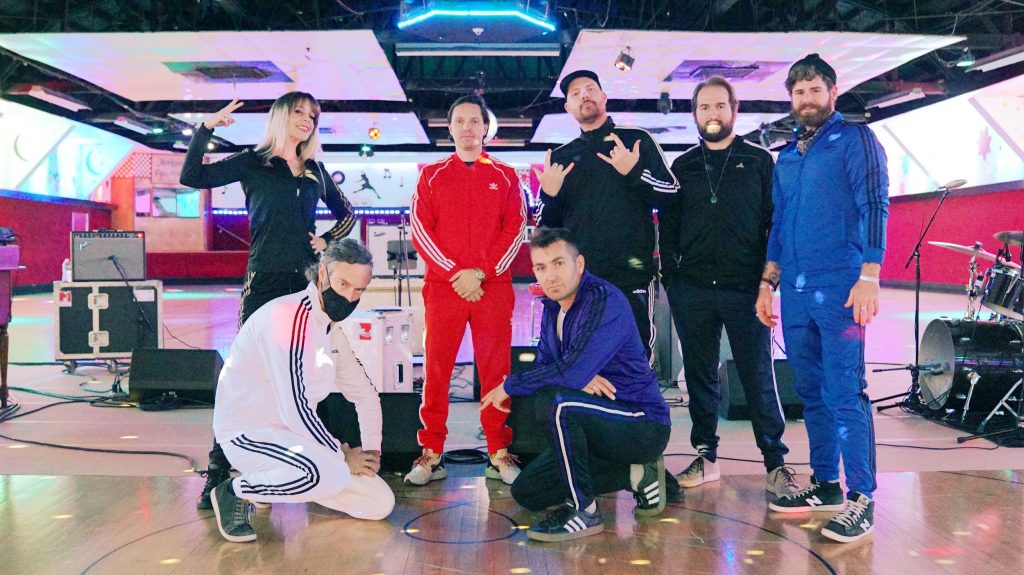 “Home invites you over and then revels in the anticipation.” — AV Club

“[Home] is full of plush and warm tunes that will make you feel like you’re instantly being massaged at a spa with the best candle scent burning in the background.” — Associated Press

“There’s a sophisticated quality to the whole endeavor. [Home is] both adult and contemporary, but lacks the banality that’s usually implied when those two words are conjoined” — GQ

Rhye – the project of Los Angeles-based musician Michael Milosh – recently released his new album, Home, on Loma Vista Recordings. With in-depth looks by NPR’s “All Things Considered,” GQ, Variety, Newsweek, The Cut and more, Home is “a record intended as a celebration of the senses, and of the experience of being alive” (New Yorker). Today, you can watch the performance of the single, “Black Rain,” which premiered last night on Jimmy Kimmel Live!. Filmed at Moonlight Rollerway, this is Rhye’s first live performance for Home and it visualizes the “80s version of disco” vibrant throughout “Black Rain.” Roller skaters circle the seven-piece band as Milosh’s tenor glides over theatrical string arrangements.