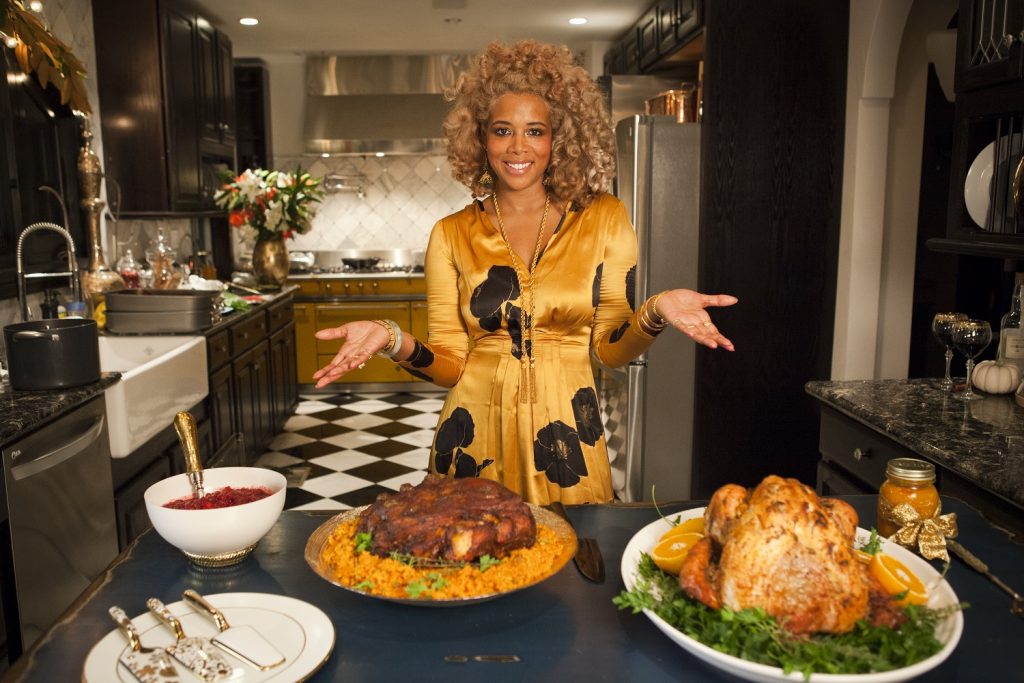 LOS ANGELES, CA, June 1, 2016 – Taste Talks – a national series of innovative food festivals and symposia that has hosted sold-out festivals with over 3,000 attendees in each Brooklyn and Chicago – announces the inaugural Taste Talks Los Angeles, curated by musician and certified chef Kelis. From Friday, November 4 – Sunday, November 6, the city’s top cultural influencers and culinary luminaries will gather at The Line Hotel in Koreatown and other culinary hot-spots throughout the city for the debut festival, celebrating the future of taste.

First launched in Brooklyn in 2012, followed by Chicago in 2013, each Taste Talks weekend includes a day-long celebration of culinary innovation at the Taste Talks Conference through a series of panels, fireside chats, demos and tastings; exclusive meals and VIP parties featuring top LA chefs and personalities; and the signature All-Star BBQ, where the biggest names in food and pop-culture team up for a festive cookout with live music.

A two-­time Grammy Award nominee known for her six albums including “Food” (2014), Kelis is a Le Cordon Bleu­ trained chef, author of the cookbook My Life On A Plate: Recipes From Around the World (Kyle Books, 2015) and a small business owner of Bounty & Full, her line of gourmet sauces in stores now. As festival curator, Kelis will draw on the global culinary inspiration reflected both in LA’s culinary landscape and her book, bringing together her favorite food, beverage, and music experts for a weekend of epicurean delight and culture. Past Taste Talks curators have included Mario Batali, Questlove, April Bloomfield, Danny Bowien and Paul Kahan. This year’s Brooklyn curator is southern chef Sean Brock.

Festival highlights include appearances by:

And dozens more to be announced in the coming months!

“I often curate in my everyday life and in partnering with Taste Talks LA this fall, I’m excited to bring in many great contributors and my ideas alive – I feel like it was meant to be,” says Kelis. “Being from New York and now living in LA, I can’t wait to showcase what makes this city unique, including its diverse culinary influences, the smells and senses, and what makes it tick.”

Taste Talks, which runs festivals in Brooklyn and Chicago, as well as a content platform and awards program about food and culture, is produced by Brooklyn-based Northside Media Group.

“We couldn’t be more excited to bring Taste Talks to Los Angeles. The city embodies the spirit of Taste Talks in every way: it’s home to some of the country’s most exciting up-and-coming chefs, it’s forward thinking, it’s diverse, and it’s eager to explore new ideas in food and drink,” noted festival director Will Levitt. “We can’t wait to share some surprises we have in store as we gear up for the festival this November!”

A limited release of Early Bird tickets and passes are now on sale. For more information on the festival and how to attend, please visit losangeles.tastetalks.com.

Taste Talks is proud to present Kellogg’s® as a Platinum Sponsor of the 2016 festival.

Taste Talks is a national festival series, awards program, and editorial platform charting the future of taste. What started as a thought leadership conference and barbecue in Brooklyn is now three weekend-long celebrations of food, drink, culture, and music in New York, Chicago, and Los Angeles, as well as a dynamic editorial website and awards ceremony.

From our unique position at the crossroads of food and culture, we create electric, forward-thinking conversation about eating and drinking. We work together with influential names in food and culture to craft events and content worth consuming. These are people with their pulses on the most ground-breaking trends in the food space: from Questlove to April Bloomfield, Sean Brock to Kelis, we excel at getting influencers and tastemakers to share their viewpoints and cravings with the world.

Whether through our panels, tastings, and intimate dinners at our festivals or videos, interviews, and features at tastetalks.com, we start unforgettable dialogues about eating, drinking, and what it all means.