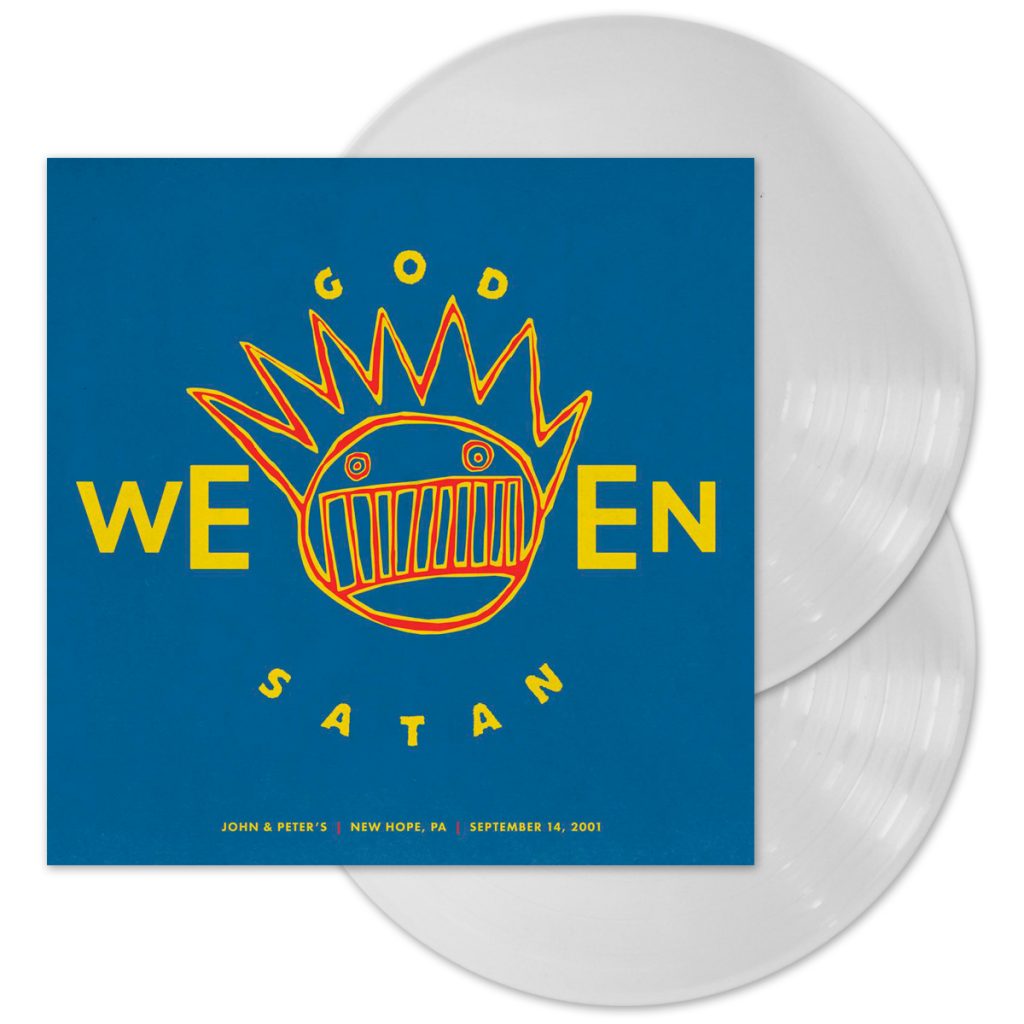 They say you only get one chance to make your first record and that’s very true. The thing with Ween though, we had already been together for a while by the time our debut album, GodWeenSatan, was initially released, and had amassed a TON of tunes. I hadn’t thought of GWS as a new album, but more of a “greatest hits” of our first six years together.

GWS was re-released by Restless Records on September 11, 2001 – a day that lives in infamy.  We had planned a show at our local bar, John and Peter’s in New Hope, PA, on September 14 to celebrate the reissue. If you are old enough to remember 9/11, you remember the feeling of dread and that things would never be the same, ever. We didn’t know whether to cancel the gig or not, but ultimately decided that we shouldn’t let the tragedy affect our plans.

There was a sense of raw emotion the night of the show. It had been only a few days since the towers had fallen, and everyone in the world had been glued to their TVs. As we walked onto the stage the crowd was in a daze, but we came to play that night and needed to deliver in a big way. It was very cathartic on both sides of the stage, for both band and audience. Remarkably, that night, we were able to conjure up the spirit we had when we originally wrote these songs – some dating back to 1985.

I have never heard Gener sing as hard as he did that night. He was screaming, just like he did when we cut the record. I broke out my old 1958 Fender Musicmaster – the same one I had played on GWS.

Up until our reunion in 2016, this show from 2001 would be the only time we’d ever perform a lot of these tunes. Luckily enough, we had the foresight to record this night to 24 track, and in all of these years have never leaked it to the public. 9/14/01 was a very special night for Ween, a time way before it was trendy for bands to perform an album live in its entirety. It seemed like a good idea at the time, and now we’re pretty sure it was.